Get Your Brain in Gear for Writing 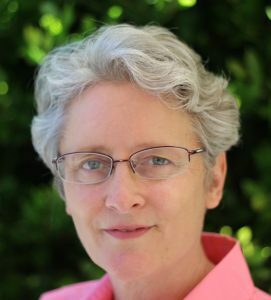 In Salinas last month, Alec introduced Anne Janzer as “an armchair cognitive science geek on a mission to help people do more of the writing that matters to them.” Anne is the author of four books, including the award-winning The Writer’s Process: Getting Your Brain in Gear. She is a self-professed and extremely “avid mystery reader.” But, as a non-fiction writer and researcher,  she wants to solve her own mystery—"the mystery of my own writing process.” This effort not only birthed her book The Writer’s Process, but also motivated this Saturday morning’s talk with fiction writers about the results of her research on the brain’s creative processes and her strategies for “managing our writing process for increasing output without sacrificing creativity.”

“As writers,” Anne said, “we’re different and one way to approach writing is not the only way; yet, we are the same in the similar ways we struggle.”

In Anne’s view, our brains have “two writing selves”—the Scribe and the Muse. The Scribe signifies the mental systems that house linear thought, critical thinking, and focused attention. This is the brain hemisphere that finds and puts down the current words and coherence to bring our work to fruition. The Muse, on the other hand, signifies our associative and creative thinking, our sensory systems, and something Anne calls open attention. The goal is “making new connections between these different parts of the brain,” which, she says, is the new and current definition of creativity that Anne’s research and writing seizes upon. “We can improve our writing process, productivity, and enjoyment by bringing the right mental systems to each writing task.”

Janzer underscored the power of giving ourselves a structure. The biggest risk for many of us, she said, are all of the many distractions we face that keep us from writing. “Be the one who does the important work before doing the dopamine.” In other words, “Don’t do anything before you get that chunk of writing done. You have to create an environment that supports that.”

“We talk about creativity as connecting different parts of the brain and thinking across different domains, and as writers, we need to learn how to use the brain’s background processes.”

There is a pattern to creative works, and here’s what it looks like, according to Anne: First, you’re struggling with your writing, your writing gets stalled. But knowing you don’t have to show anyone the material, you finish your work until the problem stops you; then do something entirely different. This is a time in which you intentionally let your brain roam, or “space out,” as one attendee added. This is the incubation period, an important mental process that occurs by leaving the work and intentionally doing something mindless, letting your brain’s “task rabbits” do what they naturally do.

“I think of incubation as my personal task master,” Anne said. “I’m going to set my brain on something as I go about my tasks. I start the project, interrupt it, and do something mindless.  Meanwhile, the brain is still working on that project. Learn to use incubation with intention. It’s all right to be bored—it’s productive, in fact.”

Janzer  advised maximizing the brain’s capacity for nonlinear thinking by practicing open attention, which is the state of mind wherein we encourage our naturally associative mind to “roam freely.”  She used the ubiquitous shower experience as an example of what happens after we write hard, stop writing, take a break, get in the shower, and the ideas start to flow because, Anne said, “our mind has continued to work without effort even though we’re not trying.” She asserts that this creative flow is under our control and recommends we use it to our advantage.

You can amp up the Muse’s incubation period by taking advantage of the Zeigamick effect, which is the power that unfinished business has on our brain. While in Zeigamick mode, our brain continues working on an unfinished task without us being aware. This effect can work against us or, if we capitalize on it,  it can work in our favor by intentionally directing it to a writing problem during the incubation period.

Fear or Flow: Anne, who rightly guessed that most in the audience perform a lot of revision, remains a “strong advocate of not revising drafts as you write.” She explained, “There’s a lack of fear and self-consciousness when writing in the flow, but if you bring in the editor, you’re also bringing in the fear of not being good enough, which then impedes the flow.” Imposter Syndrome is that critical voice that tells you no one wants to read your stuff. “And the more accomplished you are,” Anne said, “the greater the fear. For every writer, fear is always there first and it’s faster than your ability to reason, and it can’t differentiate between a lion and a blank page.” According to Anne, “Women get it (fear) more than men because of social conditioning, so are more prone to the Imposter Syndrome, or to give it more sway.

Solution: Put it in its place. Write it down, talk it down, talk to friends, process. “When you bump up to your comfort zone, fear magnifies,” Anne said. “You have to stretch against your comfort zone so that when it rebounds, it’s not as strong.” Manage that critical voice by looking straight at it. Write it down so you can see what’s petty about the self-criticism. “As long as you let it whisper in your ear, it will shut you down.”

Writer’s Block: Everyone’s heard of Writer’s Block. Coastal Cruiser Katherine Bolger-Hyde shared that she experiences the block when she writes herself into a corner and can’t get out.

Solution: Use the open attention strategy. First step is thinking deeply or free writing something you don’t intend to show anyone. See what comes in.

Alec Peche, who had been upfront early on about her current “grindingly slow writing in the midst of her thirteenth book,” realized by the talk’s end that she’s been in the throes of what Janzer terms “stalled,” and she intends to address the stall by practicing open attention in lieu of audiobooks, eliminating the static. She plans to free write about the struggle to see what comes in. Alec had commented at her launch of the presentation, “I’m hoping that Anne Janzer will be my miracle worker today.” As one among the audience, I concur, yep, she worked a couple.

Robin Somers is the Secretary of the Coastal Cruisers chapter.